(You will get exactly the same as picture shows)

1.Each component is precision-machined to exact tolerances for trouble-free performance.

9.No leakage under high pressure and temperature.

1. This nylon braided hose consists of a synthetic-nitrile inner tube with a partial stainless steel reinforcement inner braid. On top of that, there is a heat resistant nylon sheathing (up to 150 degrees celcius). The nylon braided hose is significantly lighter and more flexible than the stainless steel braided version. Even better, the hose is designed to handle any fuel (including ethanol and nitromethane), oil, or coolant. These features, combined with its ease of assembly, make it the fastest growing choice of hose products for racing and performance enthusiasts.

3.The 6AN fuel line is widely used in fuel system, transmission system, cooler system and pump.

- Please check our store for other auto parts you may be interested in.

1. We will ship your order in one business day once the payment is cleared.
2. Tracking number will be uploaded to your MXR customer account within 24 hours after shipment. Meanwhile, you will get the logistics notification mail.
3. Shipping time usually takes 2-7 business days when products available in local warehouses, and 5-25 business days to International addresses.
4. We only ship the item to PayPal verified shipping address. Please make sure your shipping address is the same as PayPal.

Editor’s Note: When it comes to modification, most people think of those magnificent, expensive modification projects. What you need to know is that “budget builds” are also appealing. In this passage, Angel Robles, a friend of ours will share with us his method of customizing the $65 fuel lines. Make sure to check his great video below.

We all know k-swaps could be expensive but your fuel lines don’t have to. Here I detail instructional step by step on how to make your own custom fuel lines that I purchased from MaXpeedingRods for only $65! Saving you money in the process that you could put toward other parts.

Step 5: You should have a total of 4 hoses cut.
Step 6: Starting with the center feed to FPR will require 2 straight -6AN fittings with one on each end. Insert the first half of the -6AN onto the hose make sure is properly seated inside the rim.
Step 7: Make sure the hose is properly seated and flush with the inside before proceeding.
Step 8: Make sure the second half of the -6AN fitting is tight with no gaps repeat this process for the other end.
Step 9: Insert the second half of the -6AN with the two 19mm tighten. You could also use the bench vise to assist with this process.
Step 10: Center feed to FPR done.
Step 11: Now take the Return line from the FPR to the hard-line.
Step 12: Install the 45 degree -6AN same process as before.
Step 13: 45 degree -6AN fitting on one end and the -6AN hose clamp on the other end.
Step 14: Feed line first half.
Step 15: Install the two 90 degrees on each end of the hose forming a S shape. 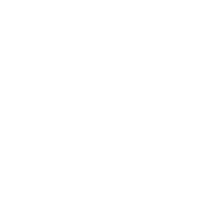 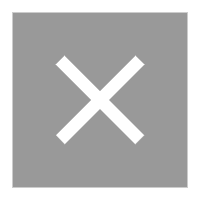