“The carburetor is called the ‘Heart' of the automobile, and it cannot be expected that the engine will act right, give the proper horse-power, or run smoothly if its 'heart' is not performing its functions properly.” –Edward Cameron, The New York Times, 1910

What is a carburetor?

Gasoline engines are designed to take in exactly the right amount of air so the fuel burns properly, whether the engine is starting from cold or running hot at top speed. Getting the fuel-air mixture just right is the job of a clever mechanical gadget called a carburetor: a tube that allows air and fuel into the engine through valves, mixing them together in different amounts to suit a wide range of different driving conditions.

How does a carburetor work?

In summary, here's how a carburetor all works: 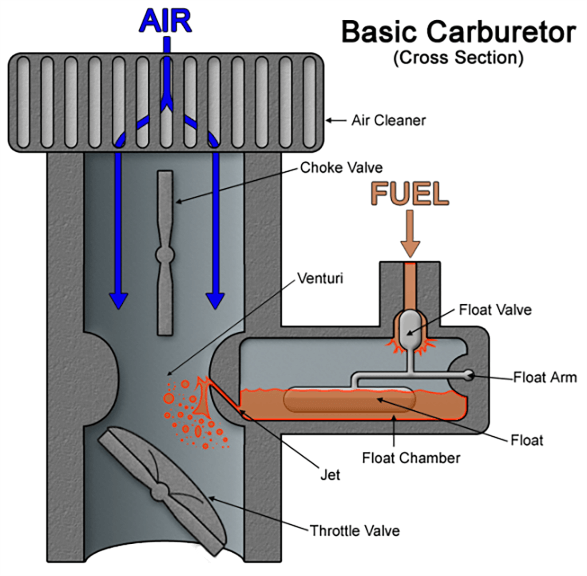 How to know if your carburetor is failing?

How to buy a good quality carburetor?